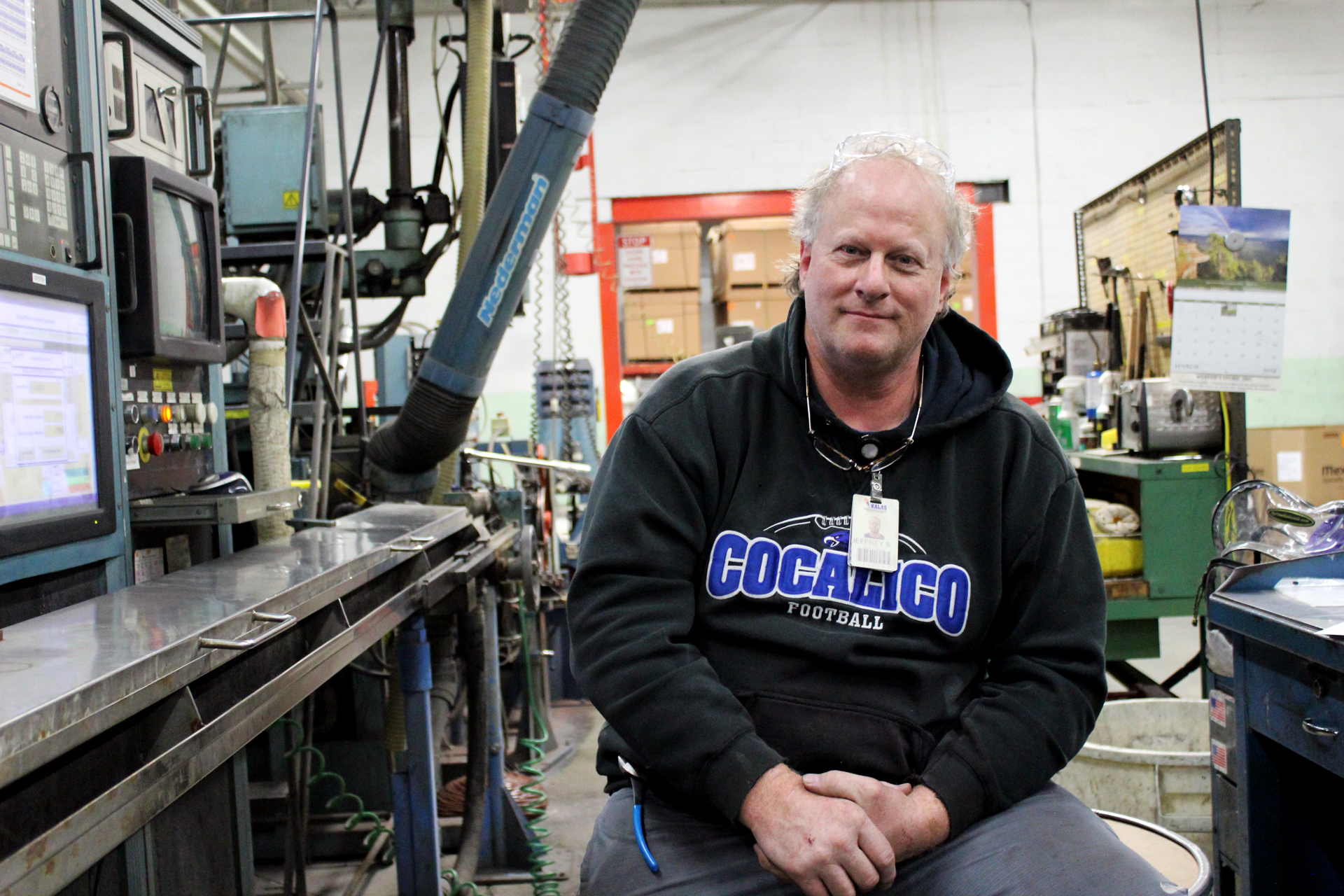 This month we are excited to highlight Jeffery Werner. 2018 marks his 30th year at Kalas. His history and acquired expertise is something to celebrate!

When Jeffery was 19, Kalas was a small company with not nearly as many jobs or ability to get hired easily. He was able to start working here at age 19  where he worked fork lift for 2 short months before asking if he could take an extruder position that was about to become available. After that he was trained and started his now almost 30-year career working the highly technical role of extruder operator. He currently works in Kalas Plant 2 as the Operator of Extruder 4. Over his 30 year span he’s been trained on so many extruders that he’s one of the expert operators and extremely versatile in working our extrusion machines.

With 30 years of working in the same type of role, Werner has seen what a huge impact technology has made within our organization. He remembers for years everything was by hand. All of the work orders were hand written which he follows to set and run his extruder for each job order. Now everything is by computer. What a change to have lived through!

Over the years he’s enjoyed seeing all of the growth within the company and has had many positive moments. Some rose to the top like being extruder of the month before, seeing the generations of the company change and being present for large celebrations like Kalas’ 50th anniversary.

It’s been a great 30 years and Werner really enjoys his work. He likes that to operate such a large technical piece of equipment he must think fast and be mentally engaged. But what he really appreciates most in life is that his work here at Kalas allows him to pursue his passion at home. Jeffery works 2nd and 3rd shifts so he has the availability to coach track & football at the schools where his kids are enrolled. Coaching and being in the lives of his kids are what light him up in life. He also had seasons of teaching Martial Arts before his coaching roles. It is obvious by talking to Jeffery Werner that he finds passion in life and his time at Kalas is only one space where he gets to exhibit it.

This month, let’s thank Jeffery Werner for his time, his desire to learn extrusion operation and his positive up-beat personality he brings to Kalas. We are thankful for exceptional associates like him!