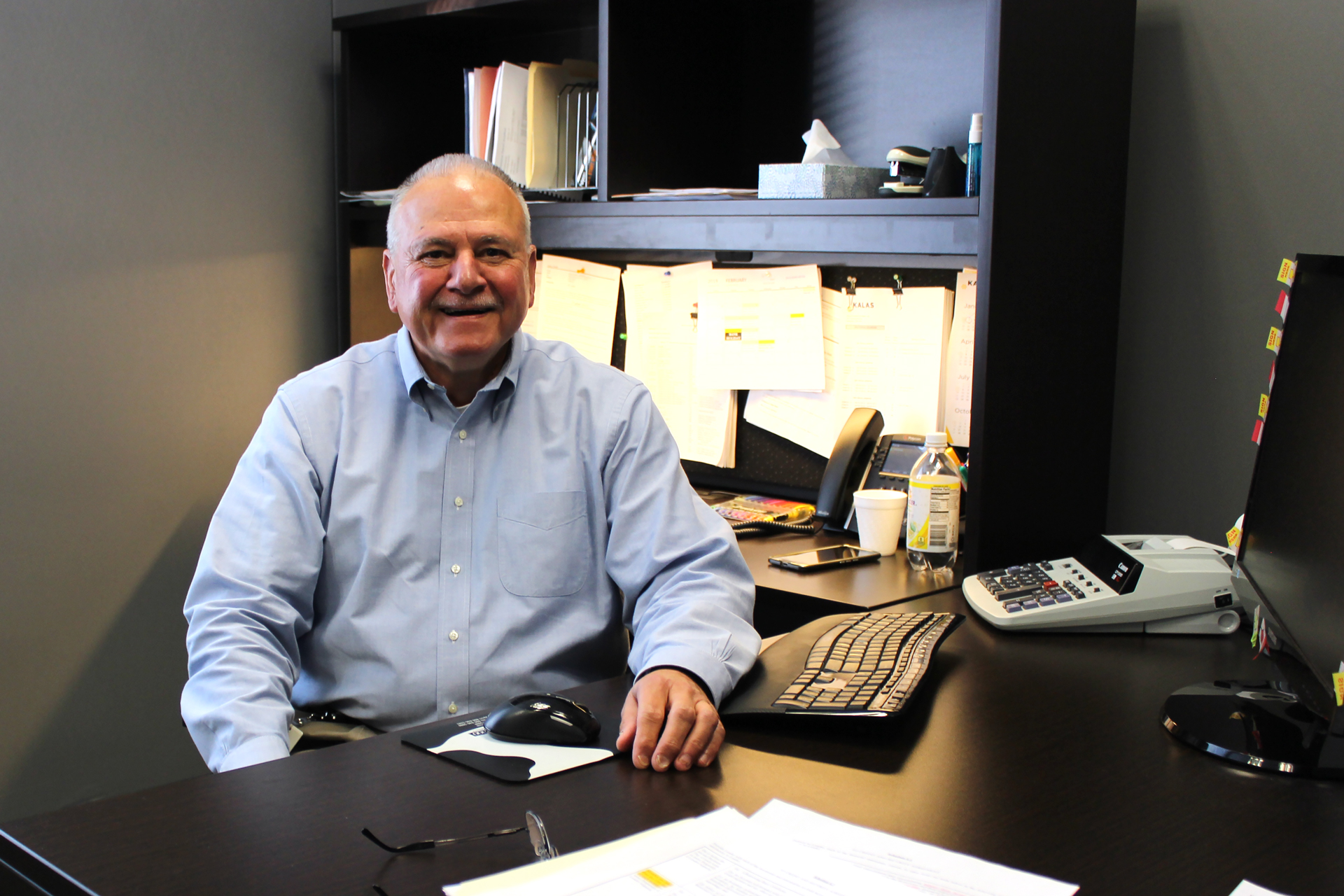 We are pleased to introduce our February featured associate: Dave Johns. Dave was hired in 2003 as a Financial Analyst by then Chief Financial Officer, Den Melnyk. Two years later, Dave was promoted to Controller, a position and set of responsibilities he maintains today.

Dave said he has loved his career with Kalas from the very beginning and his appreciation for the company has only increased with time. “Since day one, I felt like I was working with family and friends,” he shared. And the feeling is mutual among Dave’s co-workers. “Dave is a knowledgeable professional who is well respected and just a really good guy – everybody loves Dave,” added Jeff Trees, Director of Engineering.

Throughout his storied career, Dave spent decades working for Fortune 500 companies. Over time, he began to feel those organizations were too large with too many layers and too much infra-structure to foster a personal connection between him and his co-workers or even the work itself. Growing regulations and lengthy job requirements generated a bureaucratic environment that felt less and less like a fit for him over time: which is ultimately what brought him to Kalas.

At Kalas, Dave said he felt like people were working together for a common purpose. It was the first place he had that experience. He said there were many times he wished he would have found Kalas immediately after college and said he can see why so many associates choose to spend their entire career at Kalas.

Upon reflection, Dave said there are countless aspects of working at Kalas he has valued throughout his tenure, but the people themselves are what has meant the most to him.

He has loved his role at Kalas too. As Controller, Dave has been able to work with a wide variety of functional areas. He has had the opportunity to work on bank agreements, refinancing endeavors, development, design and implementation of new systems, part profitability analysis, through-put accounting, our ERP project and countless other initiatives. What he has loved most, however, was the overall feeling that no matter what project he was supporting, his contributions were instrumental in helping the company evolve, improve and expand. Dave shared this sentiment with a spirit of gratitude and quickly added, “Kalas affords that opportunity to everyone.”

In 2019, Dave began his transition to a part-time schedule as he prepares for his retirement at the end of the year. He is excited for the increased schedule flexibility the new phase of life will afford him and looks forward to spending time with family & friends and traveling to new places. He is also eager to have more time for the many activities he enjoys – biking, swimming, walking, golfing and hiking – to name a few.

Dave has been an institution at Kalas. He is a beloved team member and his contributions are too great to list. We are grateful for the sixteen years he has shared with us and also that his time at Kalas is not quite over yet. We aren’t ready to say good-bye, but we are always willing to say THANK YOU to Dave!