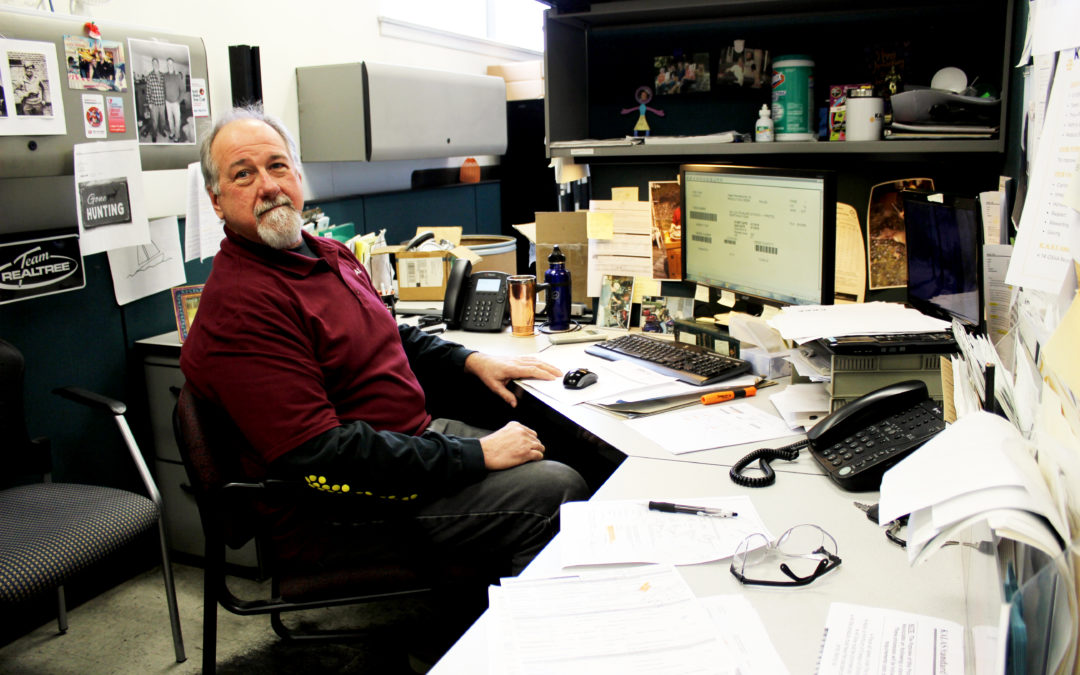 Kalas is proud to introduce TED RUTH, a loyal and dedicated associate since 1978. Currently, Ted works out of our Plant 2 facility as an Associate Product Engineer, a position that aligns to his extensive product knowledge and wire and cable expertise.

Over Ted’s four decades at Kalas, he has gained a comprehensive understanding of our manufacturing process from exposure to a very wide variety of positions, from machine operator to supervisor, to today’s role in engineering. Each of his many responsibilities allowed Ted to gain an understanding and an appreciation for the copper wire and cable production process from start to finish. Through his years, Ted has been in charge of operating 5 different copper extruders, filled in operating others, moved from working in plant 1 to plant 2, had seasons working on all three shifts, was promoted to supervisor and eventually transitioned into the role he holds today. Such hands-on experience is not only noteworthy at Kalas, it is extremely valuable for every role he’s worked since, especially his current role.

Being the Associate Product Engineer requires him to craft technical specifications for manufacturing orders and cable construction which needs to also be understandable to associates on the manufacturing floor making each cable. Ted says his ability to use his product knowledge and expertise he has gained through working so many years and roles is the part of his job he is most grateful for today. Regarding this opportunity to use his past experience and knowledge, Ted shares: “It helped me as a Supervisor, the operators knew I would help them because I was familiar with the machines. My own experiences of working on the floor, then with people, knowledge of the product and the business helped me move into Product Engineering.”

It is no surprise that Ted comments he has countless good memories from his 40 years with Kalas. One memory that stands out from the late ‘70s early ‘80s comes from his time as a new 3rd shift extruder operator. He remembers Paul Witwer, one of the original founding partners of Kalas, coming into work in the late evening or early morning wishing the 3rd shift workers a Merry Christmas and thanking everyone personally for being hardworking men by patting each of them on the back, not at all concerned about shaking Ted’s dirty greasy hands.

And out of all the changes Kalas has seen as a company over his time working here, the largest change in his experience has been the expansion of our business from one plant to several divisional plants and sister companies: “When I was hired, Kalas was one building. The 9th extruder was just put in and started running. The wire department took up a small portion of the back of the building against the hardware store on Main Street. All of the wire drawing and twisting equipment were small scale in comparison to today’s wire machinery. The Battery Cable department took up the smallest area against the front wall across the street from the Denver Distributor, needing only several dozen workers to cover the three shifts. Back then, the word was “you had to know somebody to get in” and get hired by Kalas. Most of the employees on all three shifts knew each other’s name, many were close friends even knowing their spouses and families.”

Join us in thanking Ted for his hard-work and loyalty to Kalas. We are grateful for his time and look forward to celebrating his 40th work anniversary in September!