Celebrating Our Employees – May Honoree 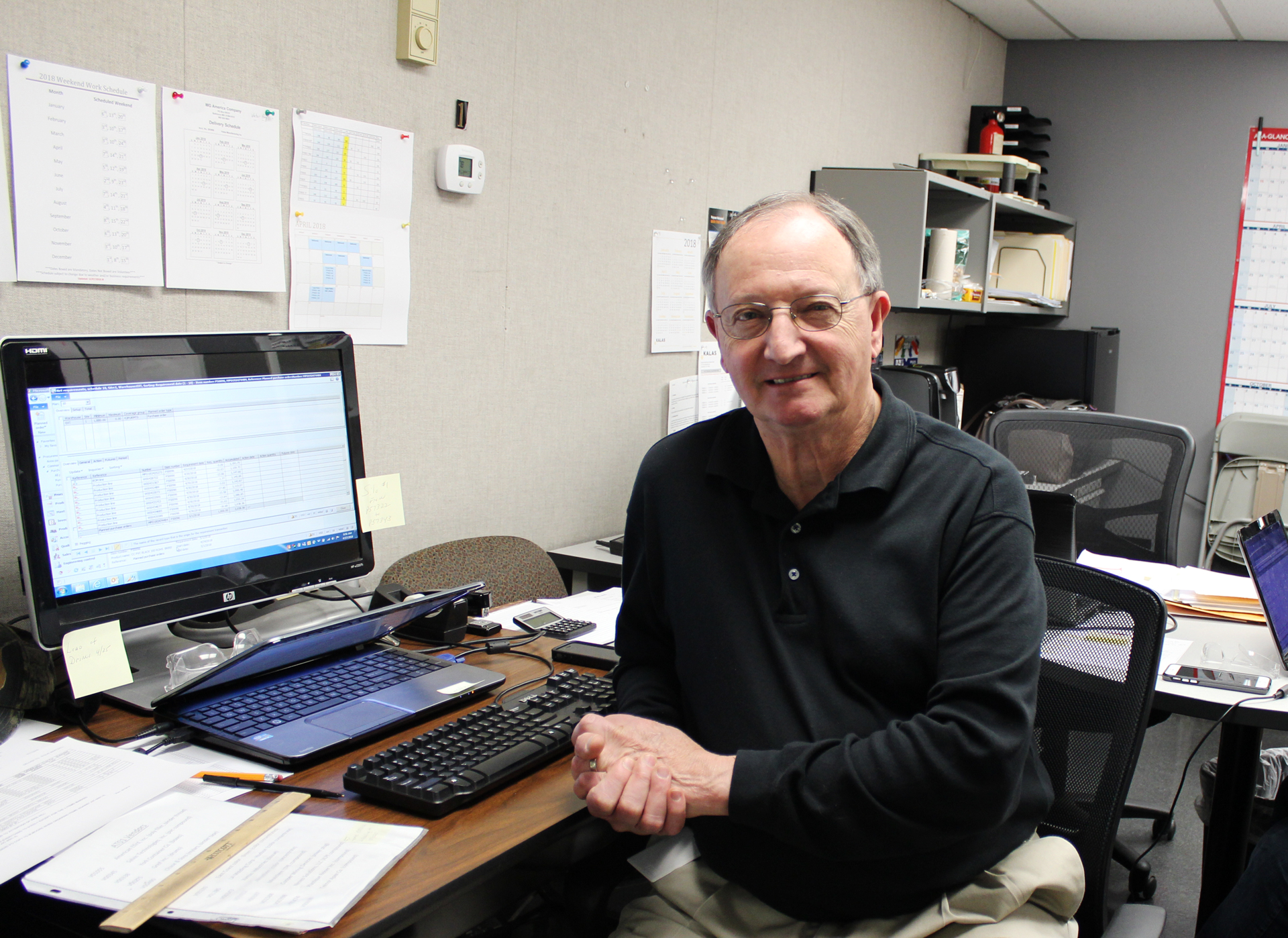 Meet Lyn Hassler, a very special member of our Kalas Family. At the end of June, Lyn will be celebrating 44 ½ years with Kalas!  Lyn’s history is not only remarkable for his loyal tenure, he has worked in various roles and departments throughout the company with unremitting enjoyment here.

Beginning in December of 1970, following 4 years of service in the Air Force, Lyn spent 8.5 years driving truck around Philadelphia (for a wage of $2.50/hr!). During that season he also had the opportunity to gain work experience in the battery cable division and also in the Quality Control department. When Kalas expanded into a second plant in 1983, Lyn transitioned into 2nd shift supervision in the new plant #2 over the new CV line and battery cable division, which was then located in plant #2. He worked in that role until 1988 when he gladly accepting a role in the Purchasing Department.  He remained working in that role until retirement in June 2014, only to come back part-time three years later where he currently works as one of our senior buyers.

With almost 44 ½ of history at Kalas, Lyn has seen a lot of changes the biggest being when the company was physically growing and expanding. In Lyn’s words “One only needs to tour plant #2 from front to back to see all the building additions to the plant or see an aerial view/picture of plant #1 to see what I mean, or take a ride to see the Lancaster plant.”

Lyn says he has many great memories at Kalas but one that always stood out to him was from when he was driving truck:

“I was delivering a load of wire to a customer of ours, Great Valley Industries, in Exton, Pa. I got pulled over by a cop and I was perplexed and a bit scared wondering, since I wasn’t driving fast and I hadn’t run a red light or did anything else wrong, why was he pulling me over. The cop apparently recognized the Kalas name on the truck and he knew John Jones. He proceeded to say to me “when you see Johnny Jones tell him he owes me a set of jumper cables”, he then told me his name (which I don’t remember), and left me go to make the rest of my deliveries. By the way, John Jones did get him a set of jumper cables.”

One of the greatest parts of having Lyn in the Kalas family for so long is his gratitude. Lyn says “I always enjoyed working at Kalas and I always felt that I was treated fairly throughout my career here. Kalas was always good to me and my family. I’m so glad that a job here was available back in December of 1970, and thank you Jean Shirk for giving me a recommendation for that job.”

With a heart and mindset like that, it’s no wonder Lyn continued to enjoy working in his various roles and made the most of his nearly 44 ½ years with Kalas.

As a company, we are grateful and humbled to be able to employ such hardworking positive people such as him. Please join us in thanking Lyn for all of his years of service at Kalas!